Medical Service in the Mediterranean theatre

8th November 1942 the start of the landing in North Africa

The invasion of North Africa on 8 November 1942 was the first ground offensive for U.S. troops against the European Axis Powers, and so the beaches of Algeria and Morocco, the barren hills and dry wadies of Tunisia, became the proving grounds for equipment, for tactics, and for men. From North Africa the battle line moved up to Sicily, to Italy, and into southern France, but for the Medical Department the Mediterranean remained a “pilot” theater whose accumulated experience saved countless lives on other fronts.

Medical units that had served well in the static warfare of World War I were modified or discarded on the basis of their performance in the Mediterranean. New techniques, such as the treatment of psychiatric casualties in the combat zone, and the use of penicillin in forward surgery, were tested. The smaller, more mobile field and evacuation hospitals became the workhorses of the theater. Jeeps fitted with litter racks served as front-line ambulances, while transport planes, their cargoes delivered at forward airfields, were pressed into service to evacuate the wounded.

In the grand strategy of the war the bloody Italian campaign was a diversion, to engage as many enemy troops as possible with the smallest possible commitment of Allied strength. This meant, for the combat troops, being always outnumbered. It meant over and again, for medical and line commanders alike, giving up formations with priceless battle experience in exchange for willing but untried replacements. In physical terms the theater imposed the extremes of desert, marsh, and mountain barrier; of exposed plains crossed by swollen rivers; and the hazards of rain, snow, sleet and mud, each demanding of the supporting medical complements revised techniques and new expedients.

In no other American combat zone was there anything comparable to the desert warfare of Tunisia, to the long martyrdom of Anzio, or to the bitter ridge-by-ridge encounters of the Apennines. Small wonder that the medical service described in these pages was often improvised and always pushed to the very limit of its means, yet nowhere did the Medical Department attain a higher level of effectiveness.

Preparing for Winter in Pietramala

The Allied advance slowed in the fall because of the difficulty of fighting in the mountains in northern Italy and the torrential rains which made roads nearly impassable. In October 1944, the 8th Evacuation Hospital moved to a muddy field at Pietramala north of Florence and stayed for six months. During that time, five thousand truckloads of rock were deposited to make the muddy field and nearby roads passable. 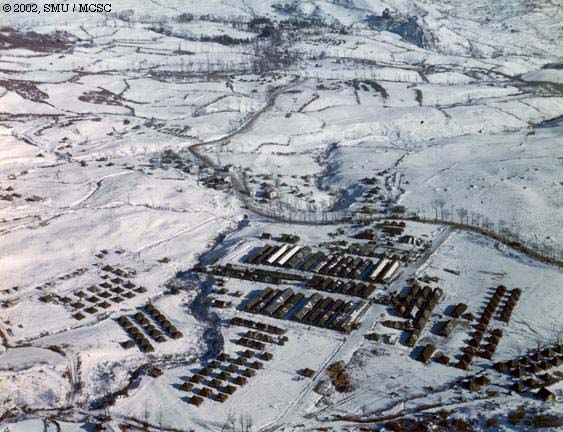 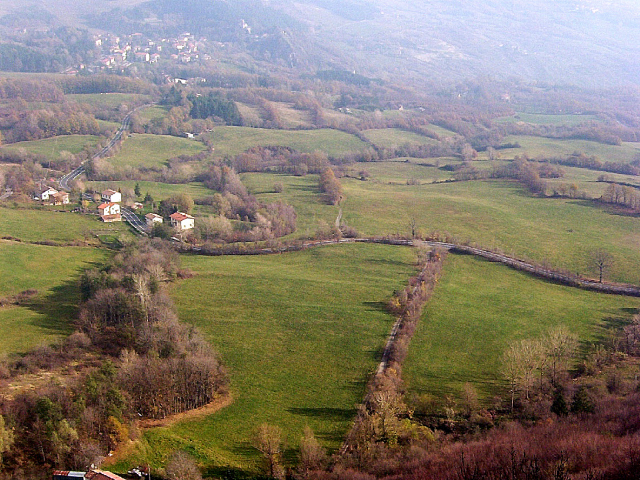